Revegetation works were carried out in 2009-10 to accompany a civil construction project in the northern Gold Coast, Queensland, where a pipeline was being laid through a natural area.

The goals of the project were to: reinstate vegetation on site after the construction of the pipeline; minimise weed establishment and other maintenance issues; to ensure that no canopy species were replaced over pipes (to avoid root damage to the pipes); and to achieve an optimal  outcome for local biodiversity, including the Wallum Froglet.

Summary of works.  The native vegetation in the path of the pipeline was removed from wet areas with excavators and a crew of regenerators (Figs 1a and 1b). As much as possible of the macrophyte vegetation from the watercourse area was temporarily moved to ‘holding’ trenches, created to allow for a variety of soil moisture levels. (These were lined with plastic and then filled with water).

Some 600 specimens of other plants were removed to a nursery for later replanting. The top 200 mm of topsoil and site litter from the remainder of the site were stripped and stockpiled on site for later replacement.

Following civil works (conducted 8 months after the topsoil stripping) the stored topsoil and litter was replaced (at 30-50mm depth) and plants from the holding trenches replanted in their original positions. Spaces were left between the patches of litter to allow for regeneration from the replaced topsoil. Stumps were replaced on site as habitat.

The 600 nursery-spelled plants were reinstated on site and further planting of tubestock was undertaken, with grasses and sedges translocated from nearby at the site. Seed was collected nearby and spread on site when available. The site was regularly visited by skilled bush regeneration weed control staff members for 12 months.

Results. A high level success was achieved with the translocation of holding trench stock following inundation of the site during summer rains.  After replacement of the topsoil, vegetation and litter, the watercourse and surrounding fringes established well and natural regeneration from the replaced topsoil and germination from the seed dispersed by hand occurred. One year after the completion of works, the site was recovering well (Fig 2a-c) and recent inspections showed that vegetation cover and diversity in the watercourse area is consistent with the pre clearing condition. The terrestrial restoration area is showing good recovery with 15 species (that were not planted on site) observed regenerating. The native to weed ratio is 9:1. Conversely in the area of disturbance (adjacent the project site) without restoration the native to weed ratio is 1:9.

Fig 2a: The watercourse after removal of the vegetation. 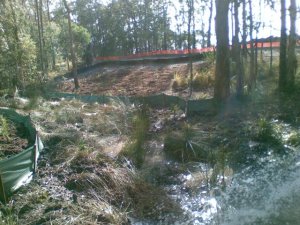 Fig 2b: The watercourse upon reinstallation of topsoil and stockpiled plants 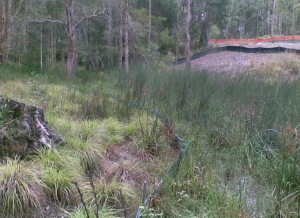 Fig 2c: The watercourse after the completion of the contract.

Lessons learned.  The joy of this project was being able to convince the the civil engineers if not also ecologists that a more natural regeneration-style approach could offer preferable outcomes to a standard civil landscaping approach.  Particularly interesting was the need to convince them not to be afraid of some short term ‘mess’ to ensure a good result for a natural area.