Native fish in the Murray-Darling Basin (MDB) have suffered severe declines in distribution and abundance since European settlement. Currently, six MDB freshwater fish species are listed under national threatened species legislation, and 22 out of a possible 34 MDB native fish species are listed under State and Territory threatened species legislation or advisory lists.

Protected areas are used for a variety of functions across many different ecosystems. Knowledge of the types, extent and purposes of these protected areas allows for more effective management of restoration and conservation goals.

Broad aim and methods: The objectives of the first of the two studies was to draw upon international and national experiences, to determine the science needed to underpin establishment of a network of freshwater protected areas, or Habitat Management Areas (HMA) in the MDB. The second of the projects aimed to assemble a GIS system of freshwater protected areas across the MDB, to gain an understanding of what comprises this ‘estate’, and, to produce a simple and easy to use toolkit for distribution among users.

The first study considered the theory and practice of designing a system of freshwater protected areas, including such aspects as scale, purpose, opportunities and impediments. The project also considered opportunities to work within existing policy, and generating support and involvement from primary stakeholder groups. Content considered was then used to develop a range of recommendations to take the issue forward.

In the second project a number of datasets and layers were integrated into a ‘protected areas’ GIS system. An audit was undertaken of eleven categories of protected area to determine whether they could be considered as a ‘river park’.

Figure 1: There is value in establishing a network of riverine and floodplain sites that work collectively to maintain biological, social and cultural values and improve river health across the Murray-Darling Basin. (Photo courtesy Jamin Forbes)

Findings: The initial review identified many opportunities and some impediments, both potential and real, to the establishment of the proposed HMA system across the MDB. These opportunities and impediments occur at a range of levels, and within several sectors of society: political, institutional, stakeholder, community and scientific. Each opportunity and impediment needs to be well understood and addressed in the plan for going forward.

A vision for the system of river parks in the MDB was given as: “A network of riverine and floodplain sites that work collectively to maintain biological, social and cultural values and improve river health across the Murray-Darling Basin.”

The review of theory and international and national experiences in the field of HMA focussed on three different levels of approach to designing a ‘river parks’ system; namely, a species-based, aquatic biodiversity-based or ecosystem services-based approach; as well as the positives and negatives of each.

The second study compiled the first-ever audit of the MDB’s protected areas and indicated that there are close to 4,500 such areas, although if State Forests are not included this reduces the number by approximately 1,700 to around 2,800 sites. A subset of these represents the current ‘river parks’ network of the MDB. Allowing for the omission of exclusively dryland, terrestrial parks and reserves, and taking into account some duplication across these protected area types (some areas have several ‘tags’) it seems likely that there are at least 1,000 sites that could, following further investigation, form the foundation of a Basin-wide collaborative ‘river parks’ initiative.

Most significantly, what this project has shown is that, with some further investigation to clarify which of the 1,000 (or more) protected areas of the MDB may be considered ‘river parks’, a considerable foundation already exists on which to launch this umbrella initiative . This will show stakeholders that ‘river parks’ is not some new, restrictive or regulatory push by government, but rather an initiative to add cohesion and open up opportunities for more direct community participation from then on. 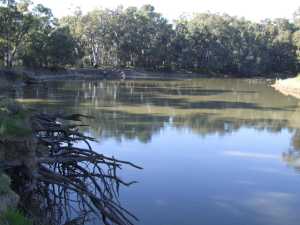 Lessons learned and future directions: The outputs of this project will help restore and conserve key aquatic habitats in the MDB by lifting the profile of ‘river parks’ and increasing opportunities for community participation. Protection and restoration of riverine habitat and function is fundamental for protecting and rehabilitation native fish communities.

Stakeholders and Funding bodies: These projects were funded through the Murray-Darling Basin Authority’s Native Fish Strategy.