Posted on 5 March 2016 by teinm | Comments Off on Restoration at Numinbah Conservation Area, City of the Gold Coast, Queensland

Introduction: Numinbah Conservation Area, located in the hinterland of the Gold Coast in south-east Queensland, is one of many natural areas managed by City of Gold Coast’s Natural Areas Management Unit (NAMU). The 598 ha property contains 12 Regional Ecosystems (REs) ranging from sub-tropical and dry rainforest to dry and wet sclerophyll types; and include riparian zones, steep areas, gullies and rocky outcrops. Its conservation value is heightened by the fact that it connects to other reserves including the World Heritage areas of Springbrook.

Condition ranges from large degraded areas (i.e. pasture) to native vegetation that contains both regrowth and remnant areas. All areas were impacted by weeds due to previous disturbance from logging and subsequent cattle grazing. More than 35 weed species impact the site at varying levels with the most notable species across the site being Lantana (Lantana camara). Edges are impacted by exotic vines such as Glycine (Neonotonia wightii), the understorey by many herbaceous weeds such as Mistflower (Ageratina riparia) and rainforest zones by persistent weeds such as Coral Berry (Rivina humilis) and Passion Vines (Passiflora spp.) to name a few. Approximately 60 hectares of open area are dominated by pasture grasses and other weeds.

The aim of the project is to restore, to the extent possible, the structure, function, dynamics and integrity of the pre-existing vegetation and the sustaining habitat that is provided. Our goals are to:

Planning. An ecological restoration plan was developed after detailed site assessments and the site was divided into precincts, zones and sub-zones to assist directing works. Information in the plan included species lists, weed control information, maps and detail on how to restore each area and progressively link zones. A detailed fire management plan was also developed for the site that took into account wildfire mitigation, restoration zones, the location of threatened species, site objectives, REs including their recommended fire regimes, and the capacity of areas to regenerate.

Works to date. Works over the last 9 years have covered more than 190 ha. The main approach to restoration has been via assisted regeneration consisting mainly of large scale weed control and the fencing of areas to reduce the impact of cattle. Further works have involved planting a section of creek to assist stability and connectivity across a section of the site; and the propagation and translocation of four threatened flora species (details not disclosed for security reasons).

Where low intensity fuel reduction burns were conducted in dry sclerophyll vegetation, timely follow up weed control was applied to ensure re-shooting Lantana, Molasses Grass (Melinis minutiflora) and other weeds did not fill gaps and to support the colonisation and growth of native vegetation. In remnant and regrowth vegetation, systematic weed control using a range of techniques has been applied. E.g. large areas of Lantana were controlled using three techniques: cut, scrape and paint where it was in close proximity to native plants; over-spraying after isolating infestations; and, spot-spraying when it germinated or was re-shooting. Weed species were continually suppressed to ensure native species germinated and grew to a point where most gaps have been filled with native vegetation. As each area developed and maintenance reduced, efforts were put into continually expanding the work fronts.

A propagation and translocation project was also implemented in partnership with Seqwater. More than 1150 individuals (four species) have been propagated, planted into their particular niche and have been monitored and reported on annually. This will continue until all species are considered to be self-sustaining i.e. flowering, fruiting and reproducing. 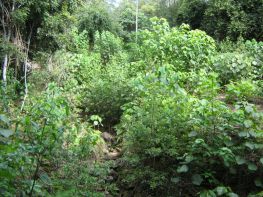 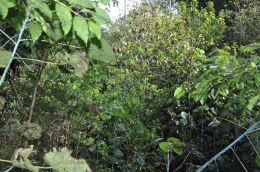 Figure 1, (a-f) represents an annual sequence of recovery after control of Lantana and subsequent weed at one photopoint from 2008 to 2011, with the last photo taken in 2015. The results reflect accurate and timely weed control to support the recovery of native vegetation. (Photos: City of Gold Coast)

Increased abundance and diversity of native vegetation has occurred across a range of ecosystem and habitat types within the reserve. Open areas once dominated by dense Lantana have taken approx. 3 years to naturally regenerate with a range of pioneer, early secondary and later stage rainforest species (Figs 1-3). Many of those areas now include continuing recovery of later stage species and contain a large diversity of seedlings, groundcovers and ferns. More diverse communities have recovered with a large range of species (depending on the ecosystem / ecotone) and support a diversity of fauna species. Works in four of the larger precincts have now joined up and weed control works are continuing to expand all regenerating areas.

More than 7000 plants installed along the open riparian stretch are establishing with native species regenerating amongst the planting. After approx. 7 years the average height of the planted canopy is approx. 5-7m tall.

Ongoing works: All current work zones are being continuously extended ensuring progress made is maintained. The open area (e.g. paddock) is being reduced over time as vegetation is encouraged to expand (i.e. by continuing to control weeds to past the drip lines of all native vegetation). Fences that currently contain cattle (i.e. to assist managing open areas for access, fire management and to ensure funds are spent in more resilient areas) are being moved to continue to reduce the size of highly degraded areas. Fire management, large scale weed control and the monitoring and evaluation of threatened species, together with fauna surveys, is continuing.