Posted on 6 March 2016 by teinm | Comments Off on Recovering biodiversity at Trust for Nature’s Neds Corner Station, Victoria

The property occupies the driest area of the state with an average annual rainfall of only 250 mm. As such, it has strong ecological links to the arid regions of Australia and Australia’s rangelands. Neds Corner sits strategically at the hub of an extensive network of public and private conservation lands bordering or close to the Murray River in Victoria, New South Wales and South Australia. The reserve is bordered on three sides by the Murray Sunset National Park and borders frontages along the Murray River and associated anabranches for more than thirty kilometres, where the River Red Gum (Eucalyptus camaldulensis) dominated riparian zone connects with Chenopod Shrublands, Semi-arid Chenopod Woodlands and Chenopod Mallee Woodlands. Trust for Nature’s restoration efforts are targeted at restoring woodland connectivity across the property to improve habitat extent and condition for woodland and mallee plants and animals, including the nationally threatened Regent Parrot (Polytelis anthopeplus). A biodiversity survey in 2011 found 884 native species at Neds Corner Station, including 6 threatened birds and animals, 77 threatened plants, and 21 species new to science. Trust for Nature continues to find new records for the property. 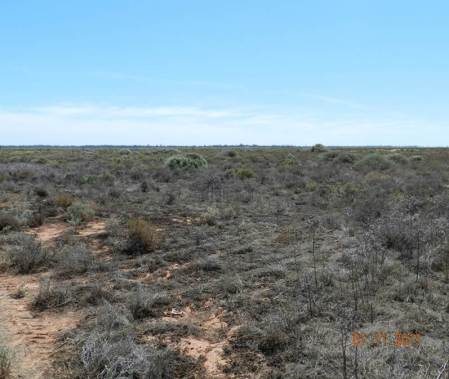 Planning for recovery. In 2002, when Trust for Nature first took on the property, the land was severely degraded from continuous over grazing by stock, rabbits and native herbivores; weed infestations; historic clearing of extensive areas of woodland for firewood and forage; and lack of flooding. Native vegetation was sparse over much of the property, soil erosion was extensive and the floodplain and semi-arid woodlands were all showing signs of extreme stress.

In the early years of ownership, management focussed on addressing the most obvious of these threats, with a focus on rabbit control and weed control. In 2010, with funding support from The Nature Conservancy, Trust for Nature prepared a Conservation Action Plan for the reserve, using the Open Standards for Conservation process, and a subsequent management plan. These planning documents identified the key biodiversity values on the reserve, the major threats to these values and the strategies to reduce threats and improve condition to achieve agreed ecological goals. 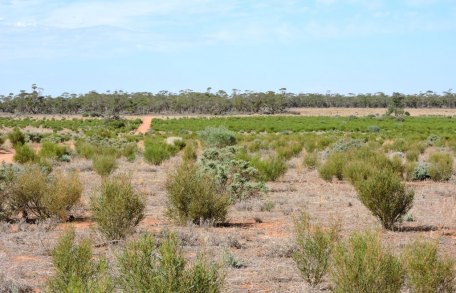 Works undertaken. Trust for Nature’s first action was to remove the livestock to allow the regeneration and growth of native vegetation. Stock fencing was decommissioned to enable free movement of native fauna, and new exclosure fencing to protect sites of cultural and ecological significance were also constructed. Major efforts were made to reduce rabbit numbers through the use of warren ripping, fumigation and 1080 baiting across the property. To date, over 20,000 warrens have been treated. Direct seeding and tubestock planting in the Semi-arid Woodland areas of the property have been continuous, with the cessation of a cropping licence, over 500 ha direct seeded in one year as part of an Australian Government funded project. In partnership with the Mallee Catchment Management Authority, environmental water allocations have been used to inundate areas of Neds Corner, providing a vital lifeline to many of the plants and animals that inhabit the riverine billabongs and floodplain forests. Artificial water points and superfluous tracks have been closed. Targeted fox and other feral animal programs are continuous.

Fig 5. Highly degraded ‘Pine paddock’ in 2003 just after the Trust purchased the property.

Fig 6. Pine paddock from same photopoint in n2014 after exclosure fencing, rabbit control and extensive direct seeding of trees and shrubs in 2007 (and again in 2010). The grasses all naturally regenerated.

Results. In the 14 years since domestic stock removal and the ongoing control of rabbits and weeds, there has been a dramatic increase in the cover of native vegetation, notably from natural regeneration (Figs 1-4) but also from extensive supplementary planting and direct seeding (Figs 5-8). In 2011, wide spread natural germination of Murray Pines occurred across the woodland sections of the property and Sandhill Wattle (Acacia ligulata) seedlings were observed on one rise where no parent plant was known to occur, indicating a viable seed bank may exist. The vulnerable Darling Lilies (Crinum flaccidum) continue to extend their range, given favourable weather conditions and the continuous control of herbaceous threats to the extent required to ensure adequate recruitment of these key flora species. Bird surveys undertaken for one of the targeted projects within Neds Corner over the past 10 years show an encouraging increase in reporting rates of Brown Treecreeper (Climacteris picumnus victoriae) (>x2 increase), Chestnut-crowned Babbler (Pomatostomus ruficeps) (>x2% increase) and Red-capped Robin (Petroica goodenovii) (>x20 increase). 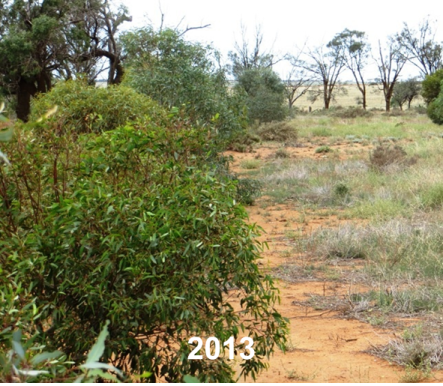 Current and future directions. Trust for Nature are due to revise their CAP and have identified the need to undertake recovery actions at a greater scale. They are currently investigating the feasibility of re-introducing some fauna species back into Neds Corner Station that haven’t been found in the region for decades, provided there is sufficient habitat to sustain them.