Introduction: Seaweeds are major habitat-forming organisms that support diverse communities and underpin ecosystem functions and services along temperate coastlines globally. Key species of seaweeds are, however, declining and while conservation in a preventative sense is a partial solution to the challenge of habitat degradation, the status of many of the world’s ecosystems clearly demonstrates that conservation, alone, is not sufficient. Crayweed (Phyllospora comosa) is a large habitat-forming seaweed that forms extensive underwater forests on shallow rocky reefs throughout south-eastern Australia, supporting unique diversity and economically important species such as crayfish (Sagmariasus, Jasus) and abalone (Haliotis). However, Crayweed went locally extinct from around 70 km of Sydney’s coastline in the 1980s, coincident with peaks in heavy sewage discharges; and, despite subsequent significant improvements in water quality, it has not reestablished naturally (Coleman et al. 2008).

The overall aim of this ongoing project is to restore Crayweed forests to the Sydney metropolitan coastline. In this case study, our specific aims were to determine (i) whether this species supports different biodiversity than other similar extant habitat-forming seaweeds – thus providing a rationale for restoration – and (ii) whether restoring this species and its associated biodiversity would be feasible; that is, could we achieve levels of survival, recruitment and diversity similar to those in reference locations where this species still occurs.

Surveys. We compared biodiversity (densities of abalone, communities of fish and epifauna) associated with crayweed and two major habitat-forming seaweeds in NSW, the kelp Ecklonia radiata and the fucoid Sargassum vestitum, and barren habitats.

Transplanting. We transplanted Crayweed from extant populations north and south of Sydney into three Sydney reefs where Crayweed was once abundant, creating 1 – 4 replicate patches ranging from 5 – 20 m2 in each site, with densities of 15-20 per m2, which are within the range of patch-sizes and densities in natural populations (Fig 1).

Figure 1. A 20m2 Crayweed restoration patch being set up by divers.

Results to date: The surveys of extant Crayweed found that it supported much higher numbers of abalone and different communities of associated epifauna than other similar, extant habitat-forming seaweed species or barren habitats (Marzinelli et al. 2014; Marzinelli et al. 2016).

The Crayweed we transplanted onto Sydney’s reefs generally survived (40-70%), grew (c. 60 cm, total length) and reproduced (5-12 recruits per 0.1 m2 after 1 year) (Fig 2) similarly to those in reference populations (Campbell et al. 2014). In some restored locations, these populations are apparently self-sustaining, with first generation progeny found over 200 m away from the initial transplanted patches. 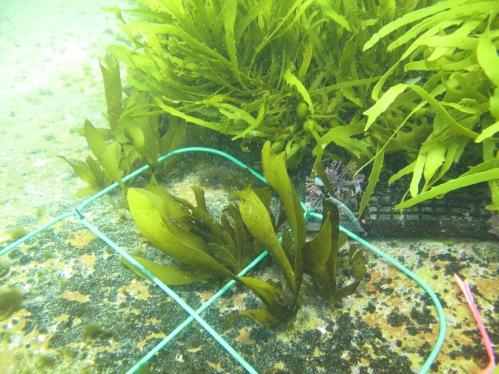 Figure 2. Recruits growing next to the restoration patch (6 months after transplantation).

Because the ultimate goal is not only to restore Crayweed but also the biodiversity it supports, we quantified several components of associated biodiversity in replicate ‘restored’, reference and control (non-restored) locations several times before and after the restoration efforts. Initial results on some of these components (e.g. epifauna) suggest that restoring associated biodiversity can indeed be achieved by restoring Crayweed, but to successfully restore all associated species is likely to be a complex and long-term process (Marzinelli et al. 2016).

Lessons learned and future directions: Critical to success are (i) the significant improvement in water quality along the Sydney coastline in recent years, (ii) understanding the ecology and biology of this species, which has male and female adult plants that reproduce synchronously once stressed through the process of outplanting (osmotic stress and drying), and (iii) on a more practical level, minimizing the period between collection and outplanting, which should be done in the same day. In one of the sites, herbivory on the outplanted Crayweed limited restoration success, so we are now identifying the species responsible to guide site selection in future larger-scale restoration efforts.

Stakeholders and Funding bodies. This project is being carried out by researchers at the Sydney Institute of Marine Science & the Centre for Marine Bio-Innovation, University of New South Wales (EMM, AHC, AV, PDS), and NSW Fisheries (Department of Primary Industries; MAC). It is supported by the NSW Recreational Fishing Trust (DPI), the NSW Environmental Trust (OEH) and the Sea Life Trust.