Posted on 11 July 2018 by teinm | Comments Off on Re-establishing cryptogamic crust at The Waterways, Mordialloc

Photo 1.  Crytogamic crust consisting of mosses, lichens and liverworts in inter-tussock space in restored grassland at Waterways. These spaces provide recruitment opportunities for herbaceous species such as Wahlenbergia multicaulis and Brachyscome parvula

Introduction:  The Waterways is a unique urban development on the Mordialloc Creek, in Melbourne’s south eastern suburbs, which combines a housing estate with 48 hectares of restored habitat set aside for indigenous fauna and flora in open space, lakes and other wetlands. (See EMR Project summary ‘The Waterways‘.)

The revegetation of 4 hectares of native grassland and 7 hectares of swamp scrub provided the opportunity to trial the re-establishment of non-vascular plant species, as well as the higher plants which are normally the focus of restoration efforts.

Method. A diversity of cryptogams including Thuidiopsis furfurosa, Hypnum cuppressiforme, Triquetrella papillata and some Rosulabryum and lichen species were collected in the field from nearby remnants of native vegetation threatened with imminent destruction by freeway construction and new housing estates. These were placed in a blender and made into a 2 litre, thick slurry and the slurry was then diluted into a 20 litre a firefighting backpack. The diluted slurry was then applied to bare soils in the revegetated areas at the Waterways in August 2002; some areas were left untreated as a control.

Results. It was not until the wet winter of 2016 that it became apparent how successful this technique had been. There are now quite large areas with a good cover of cryptogams, particularly in the restored grassland and swamp scrub areas. There are some cryptogams in the untreated areas, but the species richness and cover are much lower. Cryptogamic crust cover appears to suppress weed germination, reducing the need for herbicide application, yet provides recruitment opportunities for native forbs (see Photos 1-3).

Acknowledgements. Thanks are due to the Haines family who were the developers of “The Waterways”, and in particular Stephen Haines, for involving us in the revegetation of the site and allowing us scope to trial different ecological restoration techniques. 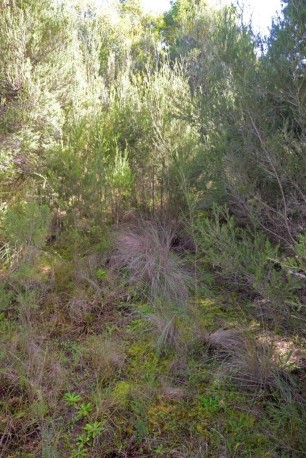 Photo 3. Fruiting capsules of a species of Bryum in restored native grassland at Waterways