Posted on 2 February 2019 by teinm | Comments Off on The Tiromoana Bush restoration project, Canterbury, New Zealand

Introduction. Commencing in 2004, the 407 ha Tiromoana Bush restoration project arose as part of the mitigation for the establishment of the Canterbury Regional Landfill at Kate Valley, New Zealand. The site lies one hour’s drive north of Christchurch City in North Canterbury coastal hill country (Motunau Ecological District, 43° 06’ S, 172° 51’ E, 0 – 360 m a.s.l.) and is located on a former sheep and beef farm.

Soils are derived from tertiary limestones and mudstones and the site experiences an annual rainfall of 920mm, largely falling in winter. The current vegetation is a mix of Kānuka (Kunzea robusta) and mixed-species shrubland and low forest, restoration plantings, wetlands, Gorse (Ulex europaeus) and European Broom (Cytisus scoparius) shrubland and abandoned pasture. Historically the area would have been forest, which was likely cleared 500-700 years ago as a result of early Māori settlement fires. A total of 177 native vascular plant and 22 native bird species have been recorded, including four nationally threatened species and several regionally rare species. 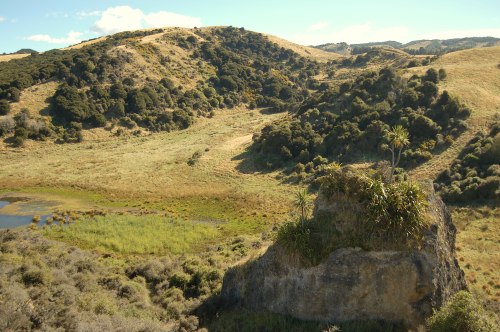 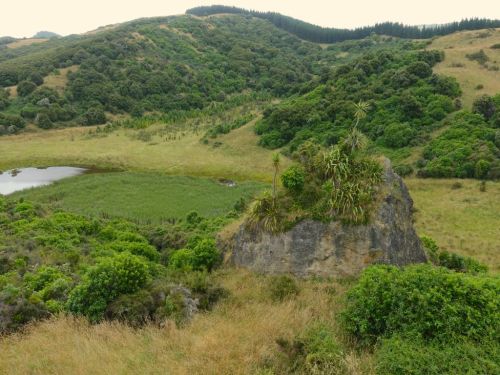 Before and after photo pair (2005-2018). showing extensive infilling of native woody vegetation on hill slopes opposite, restoration plantings in the central valley, and successional change from small-leaved shrubs to canopy forming trees in the left foreground. (Photos David Norton.)

Project aims. The long-term vision for this project sees Tiromoana Bush, in 300 years, restored to a: “Predominantly forest ecosystem (including coastal broadleaved, mixed podocarp-broadleaved and black beech forests) where dynamic natural processes occur with minimal human intervention, where the plants and animals typical of the Motunau Ecological District persist without threat of extinction, and where people visit for recreation and to appreciate the restored natural environment.”

Thirty-five year outcomes have been identified that, if achieved, will indicate that restoration is proceeding towards the vision – these are: 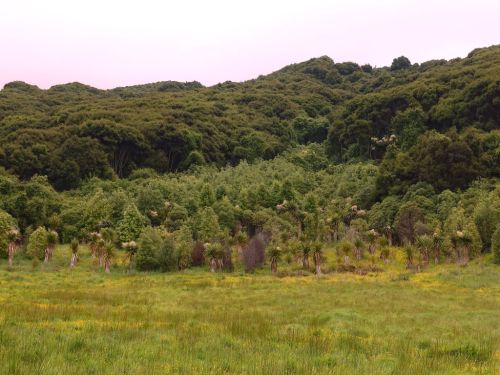 Restoration approach and outcomes to date. The main management actions taken and outcomes achieved have included: 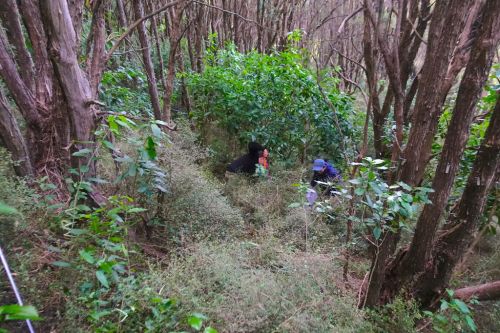 Lessons learned. Important lessons learned over the 15-years have both shaped the approach to management at this site and have implications for the management of other projects: 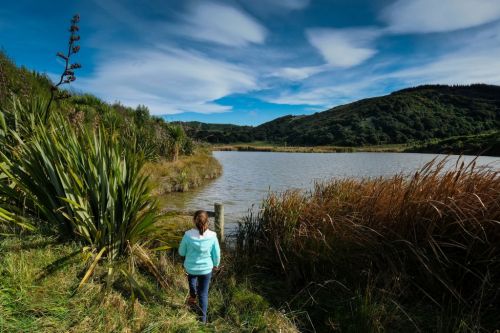 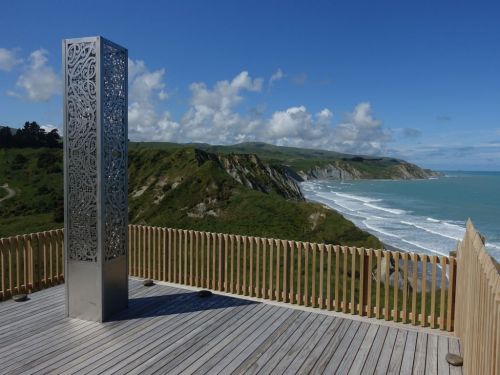 The pou whenua on the coastal lookout platform looking north up the coastline. Photo David Norton.

Looking to the future. Considerable progress in restoring native biodiversity at Tiromoana Bush has been achieved over the last 15 years and it seems likely that the project will continue to move towards achieving its 35-year outcomes and eventually realising the long-term vision. To help guide management, the following goals have been proposed for the next ten-years and their achievement would further help guarantee the success of this project: 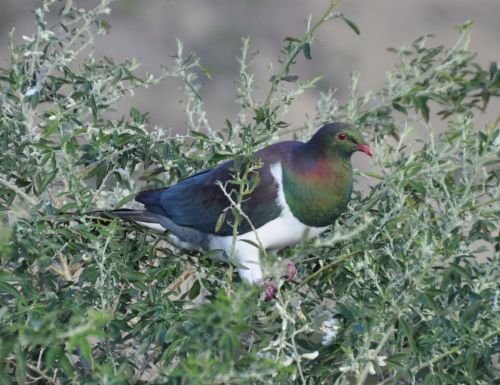 Kereru, one of the native birds that restoration aims to help increase in abundance. Photo David Norton.

Stakeholders and funding. The project is funded by Transwaste Canterbury Ltd., a public-private partnership company who own the landfill and have been active in their public support for the restoration project and in promoting a broader conservation initiative in the wider area. Shareholders of the partnership company are Waste Management NZ Ltd, Christchurch City Council and Waimakariri, Hurunui, Selwyn and Ashburton District Councils.