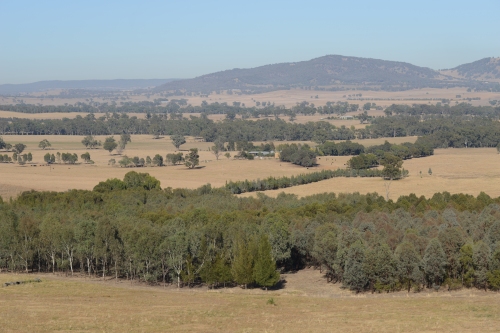 This project encompasses a major set of large-scale, long-term integrated studies quantifying the response of various groups of biota to replanted woodlands in the Box Gum Grassy Woodlands of south-eastern Australia. The work has been underway since 2002 and contrasts revegetated areas with regrowth woodlands and old growth woodlands on multiple farms nested within landscapes with varying amounts of native vegetation cover (Fig 1.). The responses of birds, arboreal marsupials, terrestrial mammal, reptiles, frogs and native plants to these different kinds of broad vegetation types (and within-site and landscape-level attributes) have been documented over the past 17 years.

Since the inception of the original project and associated monitoring, an array of additional studies have been completed (https://www.anu.edu.au/about/strategic-planning/sustainable-farms). These include investigations of the impacts on birds and reptiles of livestock grazing in plantings, the benefits for birds of understorey plantings within old growth woodlands, the impacts of a control program for the Noisy Miner (Manorina melanocephala) on other woodland bird species, and interaction effects between long-term climate, short-term weather and revegetation programs on birds (Figs 2 and 3). Further work aims to quantify the biodiversity and livestock production benefits of enhancing the ecological condition (and associated water quality) of farm dams.

Research and monitoring in the past six years have resulted in a number of key new insights of considerable importance for restoration programs. A small subset of these findings includes:

Collectively, these findings indicate that restored woodlands have important conservation values (especially for birds but also reptiles), with restoration being valuable to conduct not only in existing old growth woodland (through establishing underplantings) but also in previously cleared sites. The conservation value of woodlands can be particularly critical during climate extremes such as droughts. Efforts to control the Noisy Miner will likely be most effective through targeted revegetation efforts rather than direct culling of birds. Finally, there is a need to limit grazing pressure in revegetated woodlands and this can require the repair or replacement of fences around replantings, especially when such key infrastructure begins to deteriorate. 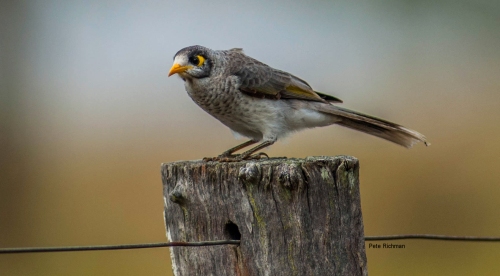 Figure 3. Noisy Miner – a reverse keystone species for which experimental culling programs have proven to be ineffective. (Photo by Pete Richman.)

The ongoing work has clearly demonstrated the important new insights that are derived from long-term ecological research and monitoring. Indeed, long-term changes in patterns of occupancy of restored areas could not have been quantified without rigorous monitoring of a wide range of sites of different sizes, ages and other attributes. Key manager-researcher partnerships have been fundamental to the ongoing success of the array of projects in this restoration initiative. Indeed, some research and monitoring studies were prompted by  questions posed by natural resource managers (such as if there were vegetation cover thresholds for birds in temperate woodlands). Close working relationships with farmers have also been critical to the persistence of the various projects. Field staff in the project, who are based permanently in rural Australia, are key points of outreach and communication with farmers and other natural resource managers. Their presence has accelerated the rate of knowledge transfer and adoption of new practices (such as widening shelterbelts so that they have multiple production and conservation values).