Introduction. Fish populations in the Murray-Darling Basin (MDB), Australia, have suffered substantial declines due to a wide range of threats and there is considerable concern for their future. Given these declines and the high ecological, economic, social and cultural values of fish to the Australian community, there is a need to recover these populations. In 2003, a Native Fish Strategy (NFS) was developed to address key threats; taking a coordinated, long-term, multi-jurisdictional approach, focussed on recovering all native fish (not just angling species) and managing alien species. The strategy objective was to improve populations from their estimated 10% of pre-European settlement levels, to 60% after 50 years of implementation.

To achieve this the NFS was intended to be managed as a series of 10-year plans to assist management actions in four key areas; the generation of new knowledge, demonstration that multiple actions could achieve improvements to native fish populations, building of a collaborative approach, and the communication of existing as well as newly-acquired science. The NFS successfully delivered more than 100 research projects across six ‘Driving Actions’ in its first 10 years, with highlights including the implementation of the ‘Sea to Hume’ fishway program (restoring fish passage to >2 200 km of the Murray River, Fig 1), improved knowledge of fish responses to environmental water allocations, development of new technologies for controlling alien fish, methods to distinguish hatchery from wild-bred fish, creating a community partnership approach to ‘ownership’ of the NFS, and rehabilitating fish habitats using multiple interventions at selected river (demonstrations) reaches.  The NFS partnership involving researchers, managers, policy makers and the community delivered an applied research program that was rapidly incorporated into on-the-ground management activities (e.g. design of fishways; alien fish control, environmental watering; emergency drought interventions). The NFS largely coincided with the Millennium Drought (1997-2010) followed by extensive flooding and blackwater events, and its activities contributed significantly to persistence of native fish populations during this time.

Funding for the NFS program ceased in 2012-13, after only the first decade of implementation but the relationships among fishers, indigenous people and government agencies have continued along with a legacy of knowledge, development of new projects and collaborative networks with key lessons for improved management of native fishes (see http://www.finterest.com.au/).

Figure 2. Recreational fishers are a key stakeholder in the Murray-Darling Basin, with a keen desire to have sustainable fishing for future generations. (Photo: Josh Waddell.)

Further works undertaken. Whilst the NFS is no longer funded as an official project, many activities have continued though a range of subsequent projects; some are highlighted below:

Figure 3. Trout Cod are a success story in the recovery of Australian threatened species. (Photo: ARI.)

Further results to date. The continued poor state of native fishes means there is a clear need for the continuation of successful elements of the NFS. There is need, however, for revision to provide a contemporary context, as some major changes have occurred over the past decade. The most dramatic of these, at least publicly, has been the occurrence of repeated, large fish kills (Fig 4). This was most evident in the lower Darling River in early 2019 when millions of fish died. The media coverage and public outcry followed the South Australian Royal Commission and two ABC 4Corners investigations into water management, highlighted that all was not well in the Murray-Darling Basin. Indeed, following two inquiries, political recommendations were made to develop a Native Fish Recovery Management Strategy (NFMRS), and a business case is currently being developed. The drought, water extraction and insufficient management efforts to support native fish populations, especially within a broader sphere of a ‘new’ climate cycle of more droughts and climatic extremes, have contributed to these fish kill events. For example, one of the necessary restoration efforts intended from the Basin Plan was to provide more water for environmental purposes to improve river condition and fish populations. Recent research, however, appears to indicate that flow volumes down the Darling River have generally decreased. There is also a continuing decline of species with examples such as Yarra Pygmy Perch (Nannoperca obscura), now being extinct in MDB, and the closely related Southern Pygmy Perch (Nannoperca australis) which is still declining. Monitoring of fish populations has indicated that they remain in poor health and the need for recovery may be even greater than in 2003. We need to act now.

While some of the legacy of the NFS has continued, there has been a loss of integrated and coordinated recovery actions that were a key feature of the NFS. This loss of a Basin-wide approach has resulted in some areas (e.g. small streams and upland reaches) being neglected, with a concentration on lowland, regulated river reaches. There has also been a shift from a multi-threat, multi-solution approach to recovery, to a narrower, flow-focussed approach under the Basin Plan. In addition, there has been the installation of infrastructure (known as Sustainable Diversion Measures) to ‘save’ water which may have deleterious impacts on fish populations (e.g. the impoundment of water on floodplains by regulators or the changed operations of Menindee Lakes on the Darling River).

A clear success of the NFS was improvements in community understanding of native fishes and their engagement in restoration activities. These community voices- indigenous, conservation, anglers, etc. have been somewhat neglected in the delivery of the Basin Plan. There has been ongoing fish researcher and stakeholder engagement, but this has been largely driven by enormous goodwill and commitment from individuals involved in the collaborative networks established through the NFS. While these efforts have been supported by many funding bodies and partners such as the Murray-Darlin Basin Authority, state and Commonwealth water holders and agencies and catchment management authorities, without true cross-basin agreement and collaboration the effectiveness of these efforts will be significantly reduced. 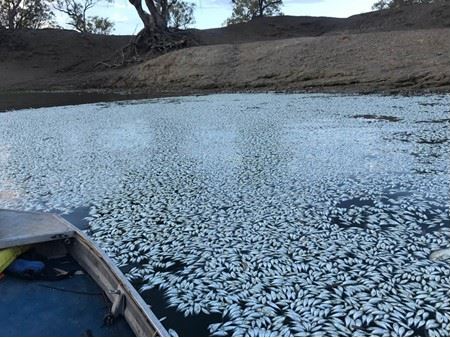 Figure 4. Fish kills have created great public concern and are an indication of the need for improved management of native fish populations. (Photo:Graeme McRabb.)

Lessons learned and future directions.  Native fish populations in the MDB remain in a poor state and improvements will not be achieved without continued and concerted recovery efforts. Moreover, a 5-year review of the NFS indicated that while the actions undertaken to that time had been positive, they needed to be a scaling up considerably to achieve the established goals.  Recovery actions must be supported by knowledge and the lessons learnt from previous experience.  Some fish management and research activities have continued under the auspices of the Basin Plan, but these have largely focussed on the delivery of environmental water, either through water buy-backs or improved efficiency of water delivery. A key requirement is therefore transparent and accurate measurement and reporting of how much flow has been returned to the environment, and how this may have improved fish populations. This remains problematic as evidenced by the recent inquiries into fish kills in the lower Darling River (and elsewhere) and the lack of available water accounting. Fish kills are likely to continue to reoccur and the lingering dry conditions across much of the Northern Basin in 2018-19 and climate forecasts have highlighted the need for further, urgent actions through an updated NFS.

The NFS governance frameworks at the project level were excellent and while some relationships have endured informally, there is a need for an overarching strategy and coordination of efforts across jurisdictions to achieve the improved fish outcomes that are required. The absence of the formal NFS thematic taskforces (fish passage, alien fishes, community stakeholder, demonstration reaches etc) and the absence of any overarching NFS structures means that coordination and communication is lacking, with a focus only on water, limiting the previously holistic, cross jurisdiction, whole-of-Basin approach. The priority actions developed and agreed to for the NFS remain largely relevant, just need revitalized and given the dire status of native fish, scaled up significantly.

Stakeholders and funding. The continuation of quality research and increased understanding of fish ecology, however, not have kept pace with the needs of managers in the highly dynamic area of environmental watering. The transfer of knowledge to managers and the community needs to be reinvigorated. Efforts to engage recreational fishers and communities to become stakeholders in river health are improving (e.g. OzFish Unlimited: https://ozfish.org.au; Finterest website: http://www.finterest.com.au/) but with dedicated, increased support, a much greater level of engagement would be expected.  Previously, the community stakeholder taskforce and Native Fish coordinators in each state provided assistance and direction, including coordination of the annual Native Fish Awareness week. Some other key interventions such as the Basin Pest Fish Plan have not been completed and recovery of threatened fishes have received little attention (e.g. no priority fish identified in the national threatened species strategy).  Funding for fish recovery is now piecemeal, inadequate and uncoordinated, despite the growing need. The $13 B being spent on implementation of the Basin Plan should be complemented by an appropriate amount spent on other measures to ensure the recovery of MDB fishes.