Posted on 24 September 2019 by teinm | Comments Off on Is revegetation in the Sheep Pen Creek area, Victoria, improving Grey-crowned Babbler habitat? – UPDATE of EMR feature 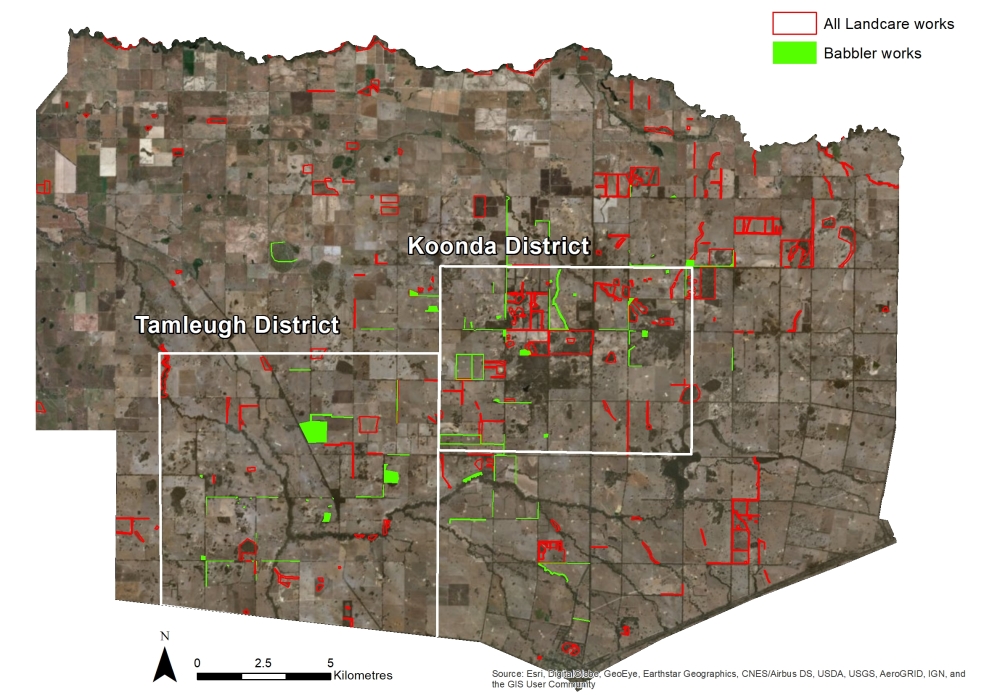 Figure 1. Location of babbler project works and other landcare works implemented since 1996 in the Sheep Pen Creek Land Management Group area and the two sub-districts used for the babbler study. (Source TFNVic)

Introduction: The Grey-crowned Babbler (Pomatostomus temporalis) (babbler) is a threatened woodland bird (classified as Endangered in the state of Victoria) that has declined substantially in overall distribution and abundance across much of its former range in southeastern Australia since European settlement.  Sheep Pen Creek Land Management Group area, in northern Victoria (Fig 1), was fortuitously the location of the largest known remaining babbler population in Victoria in the early 1990s (when this project began); and the focus of extensive land restoration programs from the 1980s onwards to help mitigate the impacts of erosion and dryland salinity, as well as biodiversity decline.  The original study, published in 2006, investigated the overall changes in tree cover across the district between 1971 and 1996 as a result of different land-management actions and responses of local babbler populations to those habitat changes.  The key finding was that in the Koonda sub-district which had a 5% overall increase in tree cover to 14% from 1971 to 2001, showed an increase in babbler numbers by about 30% (Table 1).   In the Tamleugh sub-district, tree cover increased by 1.3% to a total of 9%, with no change in babbler numbers.  The findings also showed that new babbler groups were preferentially colonizing new patches of vegetation established that suited their habitat needs.  Building on this research, the study concluded that future conservation programs needed to scale-up the extent of habitat restoration, target areas which were suitable for babbler colonization, and tailor incentive programs to assist with conservation of particular species.

Further revegetation works undertaken. Since the initial study’s assessment of vegetation changes between 1971 and 1996, an additional 133 ha of vegetation has been restored or established as babbler habitat in Koonda district and 37 ha in the Tamleugh district (Figs 2 and 3, Table 2).  Extensive natural regeneration, supplemented by broadscale revegetation, has also occurred over more than 350 ha on five private conservation properties in the Koonda district,, contributing to substantial landscape change.  The wider landscape has also been identified as a statewide priority for nature conservation on private land, leading to increased conservation investment in permanent protection there by Victoria’s lead covenanting body – Trust for Nature.

Monitoring of outcomes: The monitoring that was carried out prior to the 2006 publication has not continued, leaving a knowledge gap as to how the population has fared in the context of the Millenium Drought and ongoing climate-change impacts. However, based on the original research’s initial findings, we conducted an experimental study with University of Melbourne to evaluate the effectiveness of habitat restoration in maintaining babbler survival. The study, published by Vesk and colleagues in 2015, compared the persistence and group size of babbler groups present in 1995 and subsequently in 2008 at a randomly selected set of stratified sites which had either had habitat works or none.  This study was conducted across a larger landscape of about 200,000 hectares which included Sheep Pen Creek Land Management Group area.  The study found that babbler group size decreased by about 15% over the 13 years at sites without restoration works.   At sites with restoration, average group size increased by about 22%, thereby effectively compensating for the overall reduction in numbers reported over that time.This increase also influenced subsequent demographic performance, with groups at restoration sites having higher breeding success and more fledglings than groups at control sites.

Another useful finding from this experimental study was the confirmation of the importance of particular habitat and landscape variables on babbler persistence.  In particular, abundance of large trees was a positive predictor of occupancy over time; and distance from the next nearest group was a negative predictor. 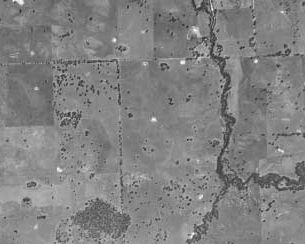 Table 2.  Summary of additional habitat established or restored as part of the Sheep Pen Creek Grey-crowned Babbler project from 1996-2018, following the initial study period from 1971-1996.

Expansion of lessons to other districts: Building on the fundamental research conducted in Sheep Pen Creek Land Management Group area, similar habitat, landscape and babbler population assessments were subsequently undertaken in northwest Victoria near Kerang for the babbler populations found there.  Key results from these studies relevant to the initial Sheep Pen study were that the number of babbler groups in each sampled district was positively related to the proportion of woodland cover, especially the proportion of Black Box (Eucalyptus largiflorens) woodland habitat – the babblers’ preferred habitat in this region.  Conversely, the number of babbler groups was negatively associated with the proportion of land under intensive agriculture.  At the site scale, key positive predictors of babbler presence in Black Box habitat again included the abundance of large trees (> 60 cm dbh)

Lessons learned and future directions: The most valuable lesson learned since the initial paper was published was the power of the structured research project described above to evaluate the effectiveness of the babbler conservation program and inform future design and planning. The study further demonstrated the importance of taking a demographic approach to the species’ conservation needs, understanding what is happening across the whole population over time  and how habitat interventions can assist.  These lessons have since been applied usefully to other babbler projects  and more broadly to conservation of woodland birds.

The initial paper noted the importance of achieving landscape-scale change in vegetation extent, particularly in more fertile habitats. This has occurred to some extent within the Koonda district through a range of incentive programs, tender programs, covenanting programs and land purchase, but continues to achieve most gains on more infertile land. On fertile land, by contrast, there has been rapid land-use change to cropping over the past fifteen years, leading to reduced likelihood of those properties providing suitable habitat for babblers, as found in the study conducted in northwest Victoria.

The initial paper also suggested the benefit of developing tailored incentive programs for babblers and other threatened species with particular requirements to maximize potential conservation gains  and we suggest, based on Australian and overseas experiences,  that more specific incentive programs or more detailed criteria could assist.

Another important lesson learned was the difficulty in maintaining community-driven citizen-science monitoring, even with the best will in the world, without some over-arching organizational support and oversight.  We know that community monitoring for biodiversity conservation needs scientific input at the design and analysis stages; hence additional resources may also be required in terms of equipment or guidelines to help groups monitor effectively.  Modest government investments to conservation organisations with established biodiversity monitoring programs could usefully help address this issue.

Finally, the learnings from the Sheep Pen Creek Land Management babbler conservation project over nearly thirty years are that the landscape changes and that these changes are not always positive.  Land-use change is placing more pressure on  potential babbler habitat; and the eucalypt regrowth which was established and provided new nesting resources for a few years is now too tall to provide nesting habitat, but too dense and immature to provide suitable foraging habitat for another one hundred years.  Climate change is rapidly imposing constraints on the availability of food resources and breeding opportunities, exacerbated by increased competition for the same limited resources by exotic and native species.  For the Grey-crowned Babbler, the solution to all of these factors depends on ongoing commitment to the establishment or maintenance of their essential habitat needs and life-history requirements so that their life-cycle is provisioned for from generation to generation.

Stakeholders and Funding bodies:   Most of the targeted habitat works achieved for babblers in this landscape has occurred through funding support from the Australian government through its Natural Heritage Trust and Caring for our Country programs.  Broader habitat protection and restoration has occurred primarily with funding support to landholders from the Goulburn Broken Catchment Management Authority (GBCMA).  The Norman Wettenhall Foundation, along with GBCMA, was instrumental in enabling the research by University of Melbourne, which was also aided by the extensive voluntary support of Friends of the Grey-crowned Babbler.  Not least, local landholders continued to support the project and continue to protect or restore parts of their properties to assist with babbler conservation.