Registration of domestic cats on Christmas Island, Indian Ocean: stage one to an eradication program for stray and feral cats to mitigate social and environmental impacts – UPDATE of EMR feature

Posted on 2 October 2019 by teinm | Comments Off on Registration of domestic cats on Christmas Island, Indian Ocean: stage one to an eradication program for stray and feral cats to mitigate social and environmental impacts – UPDATE of EMR feature 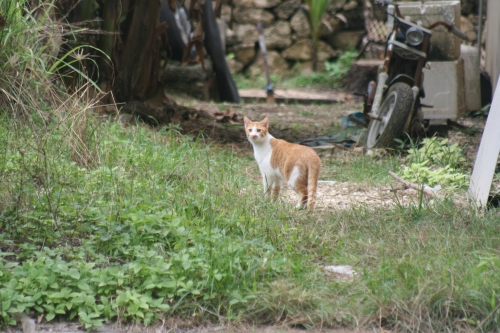 Introduction: In 2010 a ‘’Cat Management Plan’’ was commissioned by the various land management agencies on Christmas Island to mitigate the environmental and social impacts of cats (Felis catus) on the island (Fig 1). These impacts included contributing towards the decline of a number of native species through predation, as well as being a source of Toxoplasmosis gondii, a parasite that can lead to serious human health complications.

The plan proposed a strategy to eradicate cats entirely from the island as the domestic population died out and was adopted in late 2010. The essential first stage of the management plan was therefore the registration of all domestic cats. As part of this plan, amendments to the Local Cat Management Laws (Shire of Christmas Island Local Law for the Keeping and Control of Cats 2004 (WA)) under the Local Government Act 1995 (WA) were endorsed in August 2010. These revisions required that all domestic cats in the Shire of Christmas Island were legally bound to be de-sexed, tattooed, microchipped and registered with the Shire. The revisions were designed to limit domestic and stray/feral cat impact on the native fauna, promote responsible cat ownership, compliance and enforcement of cat management laws and prohibit the importation of new cats. Micro-chipping of domestic cats would enable the identification of those animals during trapping campaigns for stray and feral cats, so that they could be released rather than destroyed. De-sexing would prevent potential natal recruitment into the domestic, stray and feral populations. A survey of domestic cats was conducted prior to the veterinary program in October 2010 (see original feature), to guarantee that all domestic cats would be registered. One hundred and fifty-two cats were recorded during the initial survey in October 2010 of which 136 were registered as domestic pets. 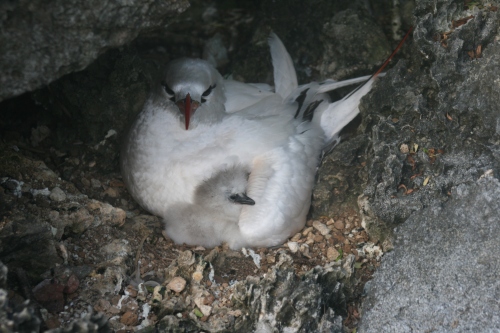 Further works undertaken: Two further veterinary visits were conducted in May 2011 and 2012 following the domestic cat surveys to complete the veterinary program. Subsequent domestic cat surveys have been conducted each May in 2013, 2014, 2015 and 2016. In 2016 prior to the domestic cat survey, it came to our attention that a number of un-registered cats were being kept as pets. It was decided by the ‘’Christmas Island Cat Eradication Steering Committee’’ that a short-term amnesty on pet cat ownership be invoked so that these animals could also be de-sexed and registered. Following this amnesty, a final veterinary program was endorsed and fines were still issued to those residents who wanted their otherwise illegal cat to be de-sexed and registered, or unregistered cats could be handed in and euthanased without charge. Further domestic cat surveys were conducted in May 2017 and October 2018.

Further results to date: Since October 2010, 184 cats have been registered following the various veterinary programs. The survey conducted in 2018 recorded 66 registered cats remaining. The total number of domestic cats registered each year, the sex population structure, the number of new registrations and number deregistered are presented in Table 1, with the decline of two-thirds relatively steady over the years.

Table 1. Total number of domestic cats registered each year, the sex structure, the number of new registrations and number de-registered.

Lessons learned and future directions: At the conclusion of the domestic cat survey in 2018, there were 66 registered cats present on the island. An additional seven domestic cats are known to have died before the planned 2019 domestic cat survey. Death of registered cats over the past nine years has been caused by a number of factors including: road fatalities; old age; disease; requests for cats to be euthanased for a variety of reasons and cats exported back to the mainland.

Domestic cats will remain on Christmas Island for a number of years, with the youngest cat approximately three years of age. Initially, as reported in the 2011 feature, it was predicted that the island would be domestic cat-free by 2024 however, this is unlikely given the subsequent and final veterinary program in 2016.

Further amendments to the island’s cat local laws were adopted in 2018, following consultation with the community and the Christmas Island Cat Eradication Steering Committee. This included an increase in penalties for illegal unregistered cats and compulsory transfer of ownership procedures to prevent future movement of registered pet cats into the designated pet cat prohibited zone. This zone protects nesting habitat for the ground-nesting Red-tailed Tropic Bird (Phaethon rubricauda, Fig 2.), where cat predation led to 90% failure of fledgling rates pre-control. Subsequent cat management in this zone has been successful in improving fledgling survival (See 2012 report).

There are several benefits of repeating the domestic cat survey each year as pet numbers decline: continue program awareness to all residents; maintain community support and involvement; offer pet health advice; thoroughly check for illegal cats to report to the Shire and respond to stray cat reports within the township. This continued effort will help ensure there is little opportunity or temptation to obtain new kittens as illegal pets while later stages of the eradication are progressing, and responsible cat ownership is maintained until the domestic cat population has died out.

The goal of eradicating cats remains highly relevant and is supported by the island community, local land management agencies and the federal government. The feasibility of long-term success is high and the outcome is likely to provide valuable lessons for other jurisdictions with social and environmental issues surrounding the presence of feral and domestic cats.

Stakeholders and Funding bodies: This is a collaborative project between Western Australian Department of Biodiversity, Conservation and Attractions and Parks Australia. The authors would like to thank Parks Australia, Christmas Island Phosphates, Shire of Christmas Island, Department of Infrastructure, Transport, Cities and Regional Development and Australian Border Force for their financial, in-kind and logistical support. Special thanks to Robert Muller, Khaleisha Amin and Chris Su for their assistance in annual surveys. The warm welcome and assistance of the whole Christmas Island community during all domestic cat surveys has been appreciated.