Long Swamp is a 15 km long coastal freshwater wetland complex situated in Discovery Bay Coastal Park, approximately 50 km north-west from Portland in south-western Victoria. The wetland system supports a diverse suite of nationally threatened species and is currently undergoing a Ramsar nomination process. Despite its size, reserved status and impressive biodiversity values, including recognition on the Directory of Important Wetlands in Australia, the local community in Nelson had expressed concern for over a decade about the impact that two artificial outlets to the ocean were having on wetland condition. The outlets were cut during an era when the swamp was grazed, many decades before being dedicated as a conservation reserve in the 1970s.

The wetland originally discharged into the ocean via Oxbow Lake and the Glenelg River mouth at Nelson. These changes to hydrology caused an interruption of flows, contributing to a long-term drying trend within the wetland complex.    This was not immediately obvious to many as the gradual drying of wetlands in a natural area is often less noticeable than in a cleared agricultural area, driven by a seamless and gradual shift towards more terrestrial species within the composition of native vegetation (Fig. 1).

In 2012, Nature Glenelg Trust (NGT) became actively involved in Long Swamp, working closely with Parks Victoria, the Nelson Coast Care Group, and the Glenelg Hopkins CMA. The initial involvement was to undertake a scientific review of the aquatic ecological values that might be impacted by the ecological shifts anecdotally observed to be underway. This early work identified that the more remote artificial outlet to the sea (White Sands) had in fact naturally closed, with a dune forming in front of the former channel several years earlier during the Millennium Drought (c. 2005). This formed an area of aquatic habitat immediately upstream of the former outlet that is now home to a diverse native freshwater fish community, including two nationally threatened fish species, the Yarra Pygmy Perch (Nannoperca obscura) and Dwarf Galaxias (Galaxiella pusilla). This observation and other investigations led to the planning of a restoration trial aimed at regulating or possibly blocking the second and final artificial outlet at Nobles Rocks to increase the availability, diversity and connectivity of aquatic habitats throughout Long Swamp, in order to benefit a wide range of wetland dependant species.

As well as undertaking basic monitoring across a broad range of taxonomic groups (birds, vegetation, frogs), the project has a particular emphasis on native freshwater fish populations as a primary indicator of project success. 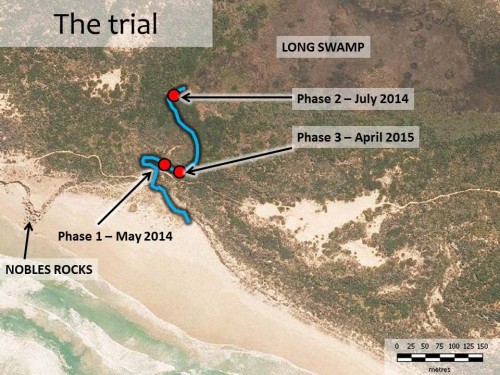 Figure 3. Nature Glenelg Trust staff members celebrate the completion of the third and final sandbag structure with some of the many dedicated volunteers from the local community.

The first two stages of the restoration trial in May and July 2014 involved 56 volunteers from the community working together to construct low-level temporary sandbag structures, initially at the most accessible and technically feasible sections of drain under flowing conditions. Tackling the project in stages enabled us to learn sufficient information about the hydrological conditions at the site in 2014, before commencing the third and final stage of the trial in March 2015. On the 27th April 2015, the main structure was completed, following two days of preparation and nine days of sandbagging (using about 6,600 sandbags), which were put in place with the dedicated help of over 30 volunteers (see Figs 3 and 4). To achieve our target operating height, the structure was raised by a further 30 cm in August 2015.

A series of gauge boards with water depth data loggers were also placed at key locations in the outlet channel and upstream into Long Swamp proper, to monitor the change in water levels throughout each stage of restoration and into the future.

Figure 4a. View of the Phase 3 Restoration Trial Structure location prior to construction in March 2015. 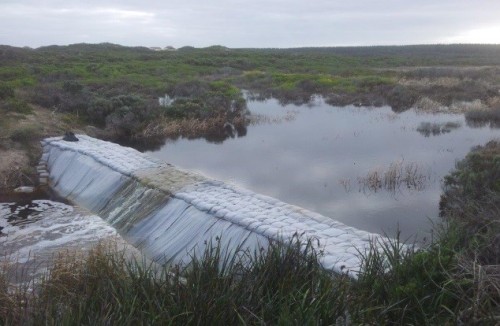 Figure 4b. Same location in June 2015, after construction of the Restoration Trial Structure.

Water levels in the swamp immediately upstream of the final structure increased, in the deepest portion of Long Swamp, from 34 cm (in April 2015) to 116 cm (in early September 2015). Further upstream, in a shallower area more representative of the impact on Long Swamp in the adjacent wider area, levels increased from being dry in April 2015, 14 cm deep in May, through to 43 cm deep in early September 2015, as shown in Figure 5. This is a zone where the shrub invasion is typical of the drying trend being observed in Long Swamp, and hence will be an important long-term monitoring location.

To evaluate the response of habitat to short and longer-term hydrological change, we also undertook longer-term landscape change analysis through GIS-based interpretation of aerial photography. This showed that we have currently recovered approximately 60 hectares of total surface water at Nobles Rocks, not including larger gains across downstream habitats as a result of groundwater mounding, sub-surface seepage and redirected surface flows that have also been observed.  These initial results and longer-term outcomes for targets species of native plants and animals will be detailed fully in future reports.

Figure 5a. Further inland in the swamp after the Phase 3 structure was complete, shown here in May 2015. Depth – 14 cm.

Lessons learned and future directions.Meaningful community participation has been one of the most critical ingredients in the success of this project so far, leading to a strong sense of shared achievement for all involved. Monitoring will continue to guide the next steps of the project, with the ultimate aim of informing a consensus view (among those with shared interest in the park) for eventually converting the trial structure to a permanent solution.

Acknowledgements. Project partners include Parks Victoria, Nelson Coast Care Group, the Glenelg Hopkins CMA and the Friends of the Great South West Walk. Volunteers from several other groups have also assisted with the trials. Grant funding was generously provided by the Victorian Government.

NGH newsletter – including a link to a video on the project