A series of wetlands associated with the floodplain of the Wannon River (Walker, Gooseneck, and Brady Swamps), situated approximately 12 km north east of Dunkeld in western Victoria, were partially drained from the 1950s onwards for grazing purposes (Fig 1). A portion of these wetlands was later acquired and incorporated into the Grampians National Park (and other peripheral reserves) in the mid-1980s, managed by Parks Victoria. However, the balance of the wider wetland and floodplain area remained under private ownership, creating a degree of uncertainty surrounding reinstatement of water regime – an issue that was left unresolved for over two decades.

Many years of planning work, including modelling studies and biological investigations by a range of organisations, never quite managed to adequately resolve the best way to design and progress wetland restoration work in this area. To address the impasse, at the request of the Glenelg Hopkins CMA in early 2013, Nature Glenelg Trust proposed a staged restoration trial process which was subsequently agreed to by landowners, neighbours, government agencies, and local community groups.

Figure 1. Image from the present day: showing artificial drains (red lines/arrows) constructed to drain Walker, Gooseneck and Brady Swamps, as it operated from the 1950s–2013.

Initial trials. The restoration process began in August 2013 with the installation of the first trial sandbag weir structure to regulate the artificial drain at Gooseneck Swamp. Its immediate success in reinstating wetland levels led to similar trials being initiated at Brady Swamp and Walker Swamp (Fig. 2) in 2014. 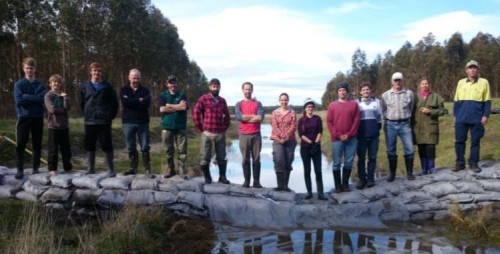 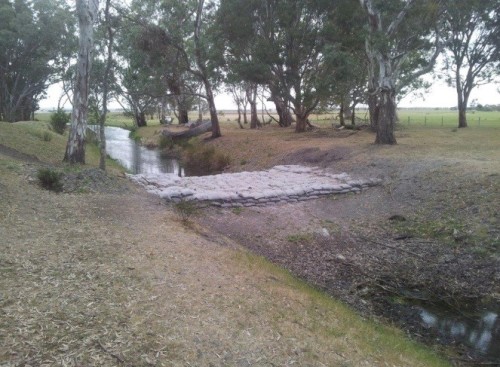 Figure 3a. Trial Structure on the Brady Swamp outlet drain in 2014 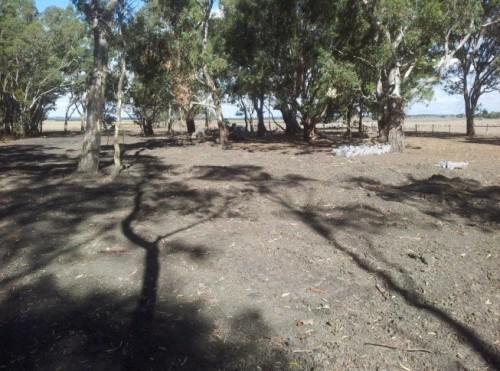 Figure 3b. The same view shown in Figure 3a, after the completion of permanent works in 2015

Results. The works have permanently reinstated the alternative, original watercourse and floodplain of the Wannon River, which now activates when the water levels in these wetlands reach their natural sill level. This is predicted to have a positive impact on a wide range of flora and fauna species.

Monitoring is in place to measure changes to vegetation and the distribution and status of key fauna species, such as waterbirds, fish and frogs. Due to drought conditions experienced in 2015, to is too early to describe the full ecological impact of the works at this time. 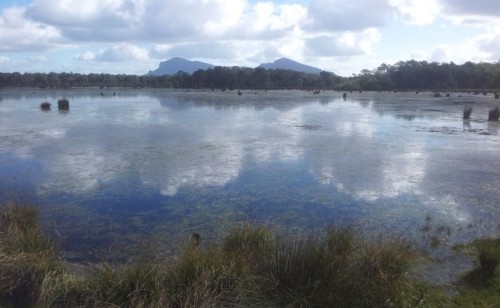 Figure 4. Gooseneck Swamp in Sept 2014: the second season of the restoration trial, just prior to the implementation of permanent restoration works

Lessons learned. The success of these trials has been based on their tangible ability to demonstrate, to all parties involved, the potential wetland restoration outcome for the sites; made possible by using simple, low-cost, impermanent methods. To ensure the integrity of the trial structures, the sandbags used for this purpose are made of geotextile fabric, with a minimum field service life of approximately 5 years.

The trials were critical for building community confidence and collecting real operational data for informing the development of longer-term measures to increase the depth and duration of inundation.

A vital aspect of the trials has been the level of community participation, not only at the sandbagging “events”, but also the subsequent commitment to ecological monitoring, for helping evaluate the biological impacts of hydrological reinstatement. For example, the Hamilton Field Naturalists Club has been undertaking monthly bird monitoring counts that are helping Nature Glenelg Trust to develop a picture of the ecological value of these wetlands and their role in the wider landscape, including the detection of international migratory species.

Acknowledgements. Project partners include Parks Victoria, Hamilton Field Naturalists Club, the Glenelg Hopkins CMA, Macquarie Forestry and other private landholders. Volunteers from several other groups have also assisted with the trials. Grant funding was generously provided by the Victorian Government.